John Danaher: Fourth degree Black Belt in Brazilian Jiu-Jitsu under Renzo Gracie and an instructor at Renzo's academy in New York City. He is widely regarded as one of the best coaches of his generation. 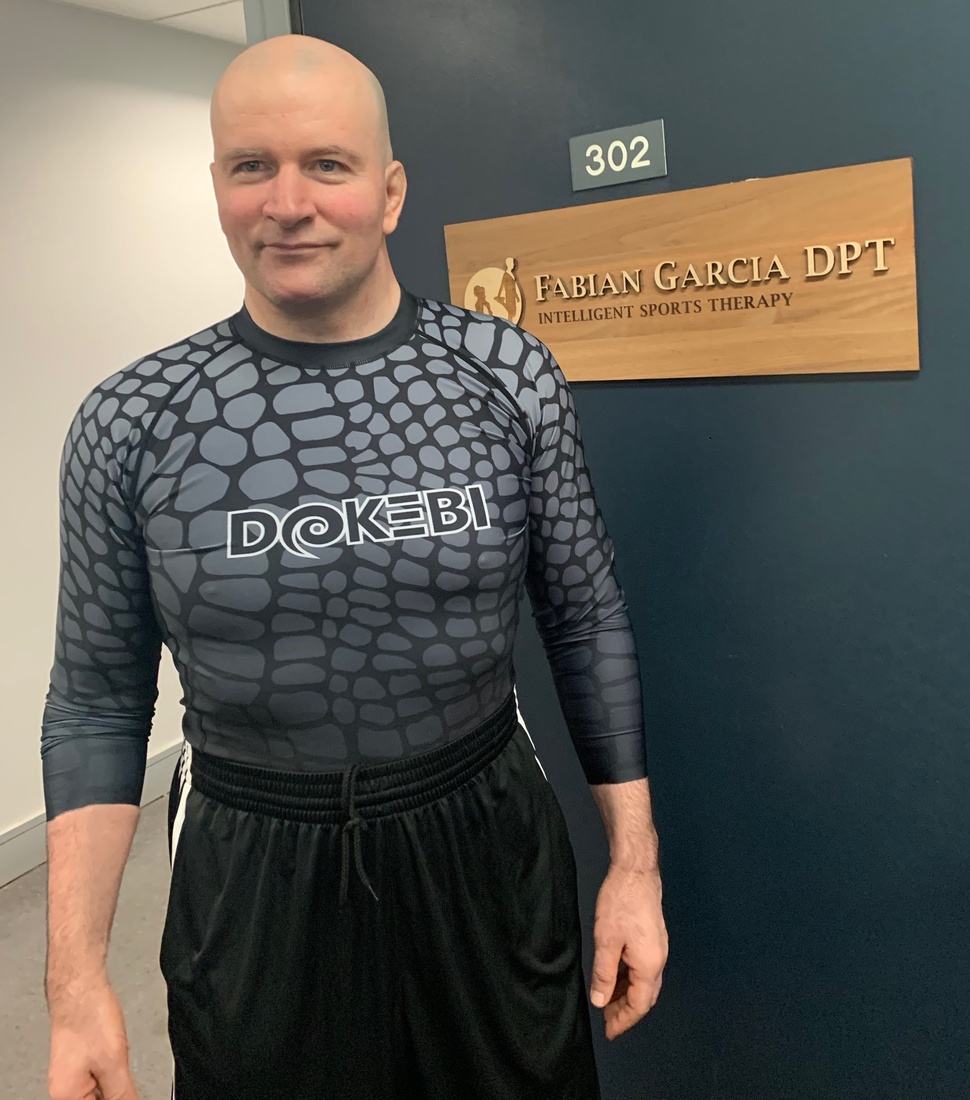 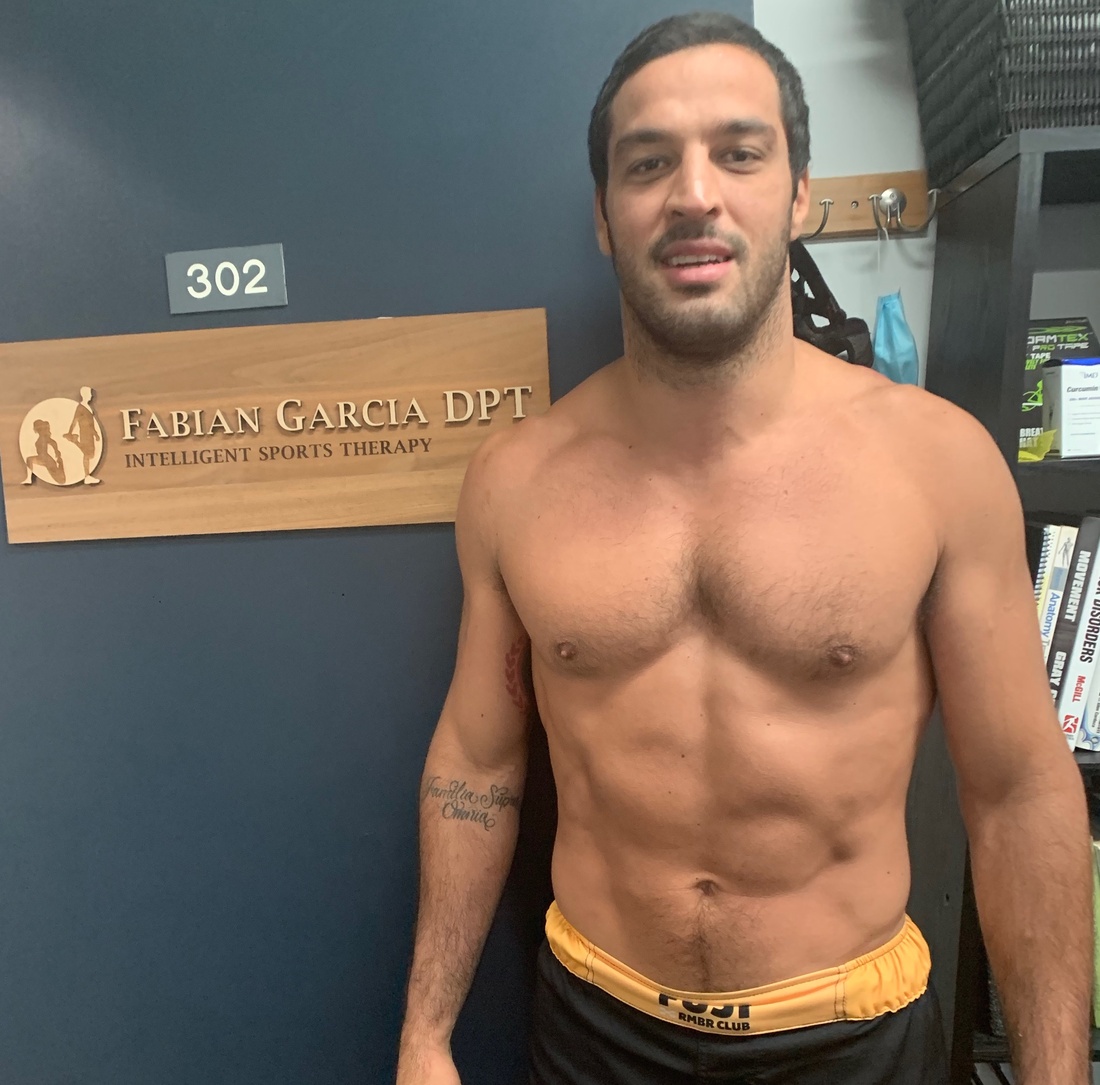 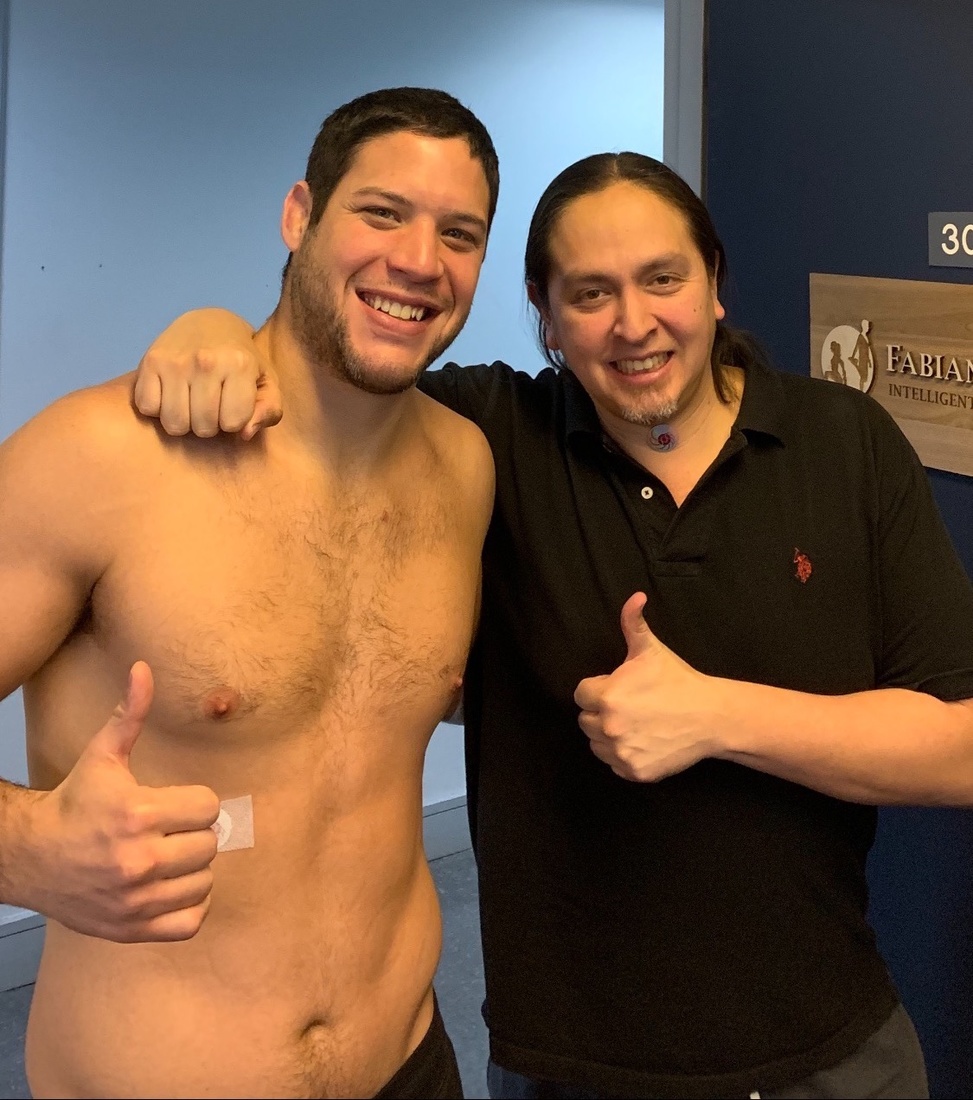 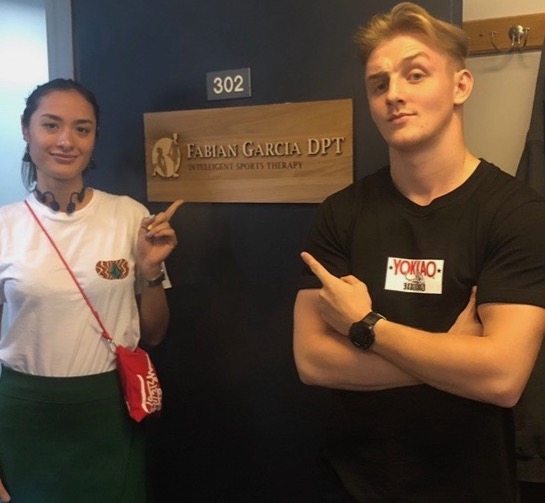 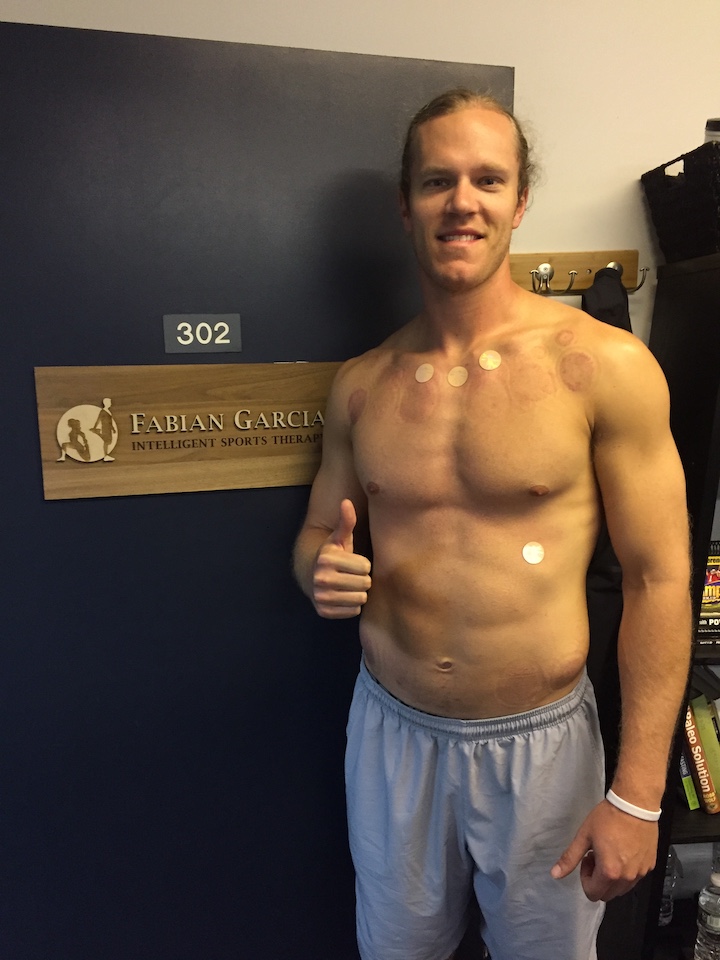 Michael Bryan: American professional tennis player, holds the record for the most Grand Slam doubles titles at 18, the most ATP men's doubles titles (121), and the most weeks ranked #1 (488) 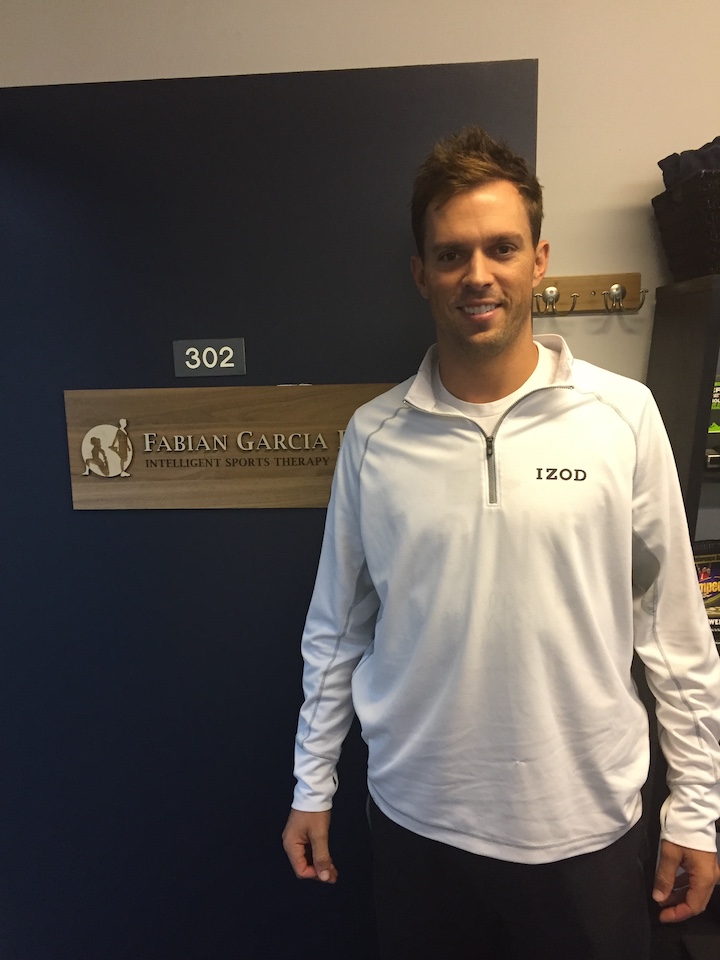 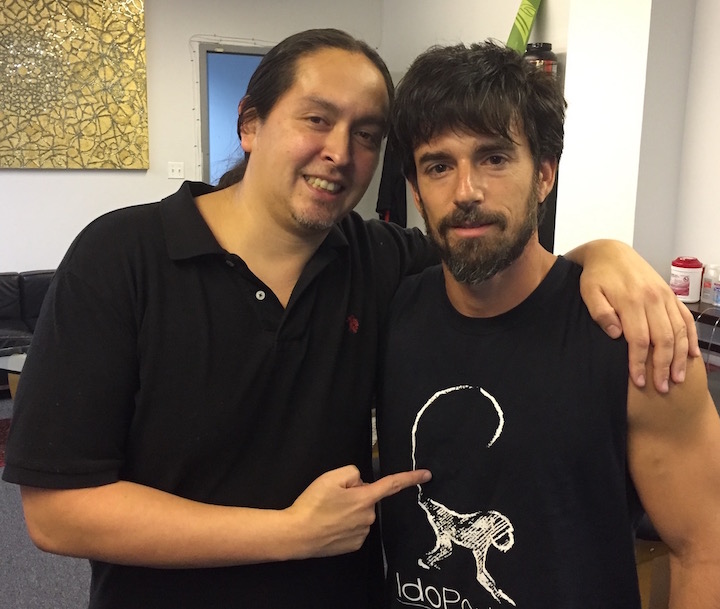 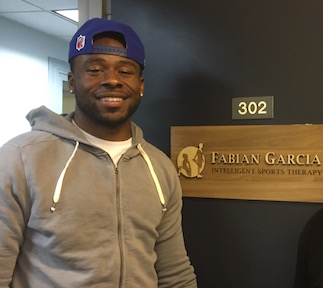 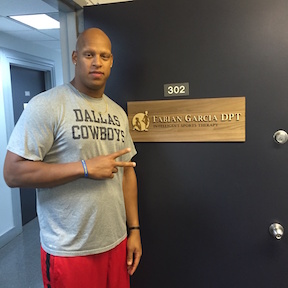 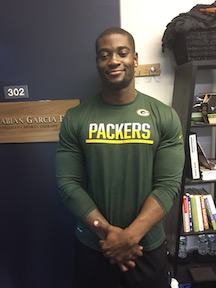 As a former member of the U.S. Olympic Swim Team, I have suffered with chronic shoulder, elbow and back problems. For many years, I had access to some of the best coaches, trainers and physical therapists in the world. As a result of my exposure to this incredible body of talent, I became a very shrewd judge of the quality of people who worked on my body. After back surgery a few years ago I had the pleasure of working with Fabian and was so thoroughly impressed by his knowledge of the body, interest in his work, and innovative approach to physical therapy. Fabian’s approach to therapy is based upon the specific goals, lifestyles and limitations of his patients. While Fabian uses cutting edge therapeutic techniques and processes, he will always take the time to explain their relevance and practicality in a most straightforward manner. My shoulder is now feeling great and I have been able to resume my swimming and pursue some of my other interests. If you want to feel as though your recovery and wellness is as important to your physical therapist as it is to you, you have found the right place. 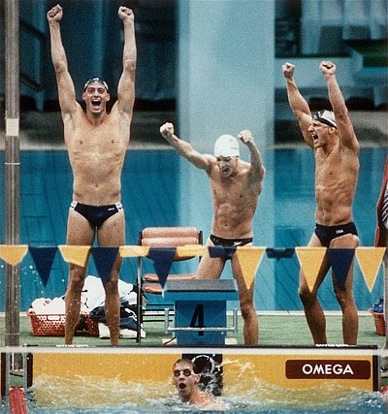 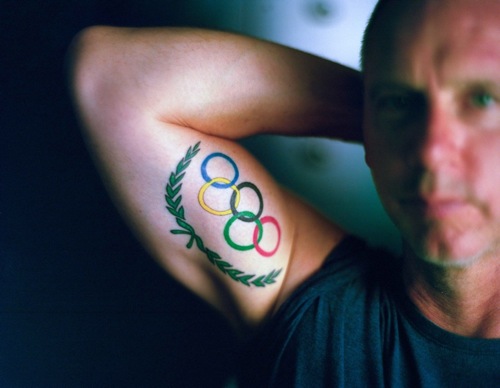 As a private running coach, I rely on the most knowledgable NYC health professionals. Fabian's state-of-the-art therapy and care has gotten even my most stubborn athletes' injuries under control. Sprinters, distance runners, and casual athletes have all thrived returned for solid after-care under this extraordinary practitioner. I'm always optimistic when an athlete of mine sees this guy. He's always getting better at what he does, and engenders a dose of confidence to both coach and athlete.
-Todd Weisse
Head Coach, Williamsburg Track Club (WBTC)
www.williamsburgtrackclub.com 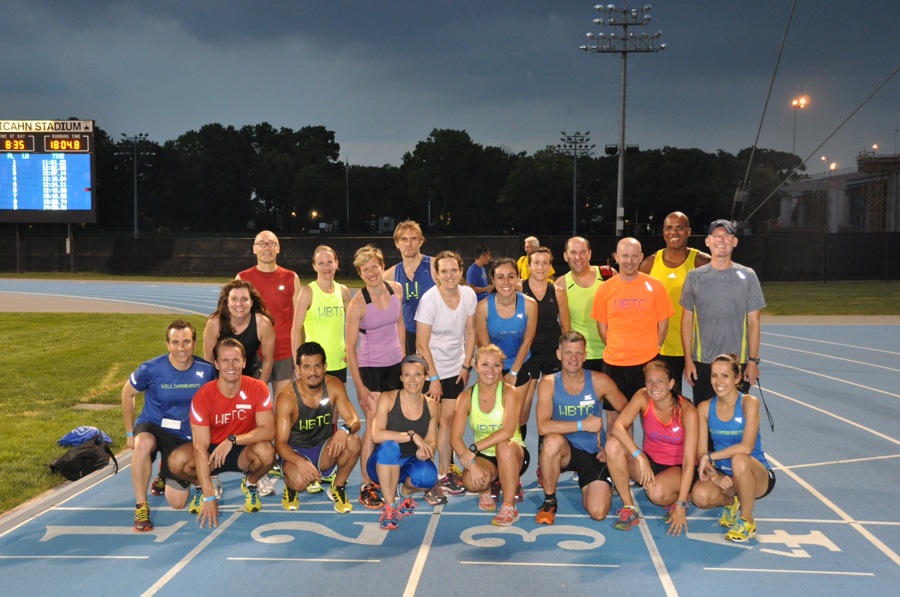 We would like to thank Dr. Fabian Garcia for treating Coban and Namkabuan. Coban Lookchaomaesaitong is a two time Lumpinee Stadium Champion and seven time World Champion. Namkabuan is a two time Rachadamnern Stadium Champion. Kongnapa Watcharawit is a four time Rajadamnern Stadium Champion and seven time World Champion. As retired fighters, they all experience some type of chronic pain. Through medicupping, massage and electrical acupoint stimulation, he successfully and routinely treats Coban for his shoulder and Kongnapa for his neck. Most recently, Cobna was experiencing intense shoulder pain. Through electrical acupoint stimulation, massage and dry needling, Dr. Garcia was able to correct the problem at the source, and provide Coban immediate relief. Thai Champions are tough, and their bodies are hardy, and they only respond to true, effective treatments. Light superficial and cosmetic massages don't do a thing for them. So, the fact that they experience real, actual results is a testament that Dr. Garcia's treatment work, especially for professional athletes.
-Coban's Muay Thai Camp. Two time Lumpinee Muay Thai Champion. Seven time Muay Thai World Champion. 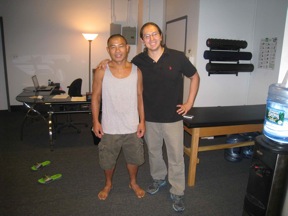 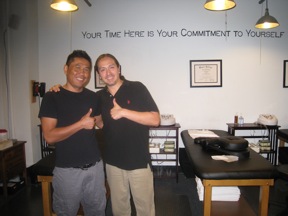 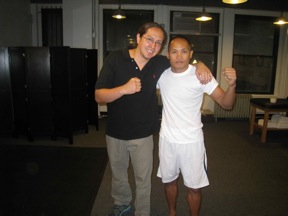 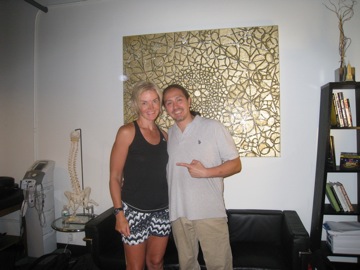 I am a 35-year-old amateur fighter who's been training Muay Thai for about 7 years. I have had Fabian and his team train me once a week 6 weeks prefight. The difference in my power and strength development is ridiculous. Training on the LINK and the SuperCAT with the theories they use are at a level used by professionals. He then focused on medicupping around my lungs to increase my work capacity so I don't gas out in my fights. Two years later, I still retain the USMTA title. Many thanks to Fabian!!! 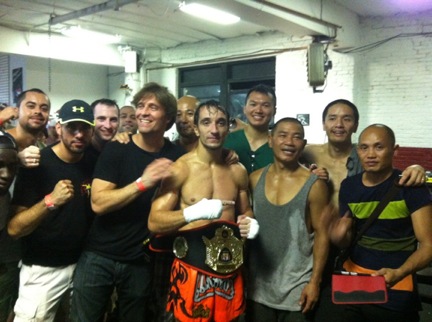 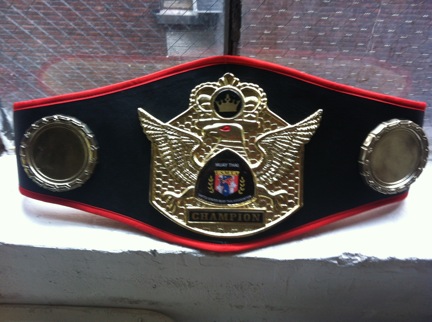